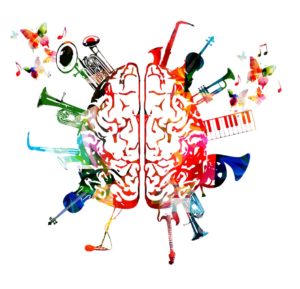 Music And The Brain

Incredible Memory for Sounds – Alzheimer’s patients can recall and sing songs long after they’ve stopped recognizing names and faces. There is growing evidence that listening to music can help stimulate seemingly lost memories and even help restore some cognitive function.

Creativity Boost – Music boosts creative energies through the – production of alpha and theta waves. Large influxes of alpha waves induce states of enhanced creativity while theta waves are associated with dreaming, learning, and relaxing. The key for boosting creative energies is to listen to the type of music you enjoy the most. If you want more inspiration in language and math it would make sense to listen to music with singing, while music without words stimulates more artistic and visual senses.

Music Taps into Primal Fear – There are certain sounds that humans automatically associate with death because they tap into our evolutionary fear of the screams of other animals (and other human beings). Scientists have dubbed these ”discordant noises”: any noise that makes you feel very unpleasant falls into this category. We know if we hear other living things making those discordant noises that we have to react because something bad is going to happen. Movie directors know this and make good use of it when deciding on the score for a film!

Sound is a nutrient for the nervous system. Love your ears . . . they are more important than you ever realized.